A visit to a museum is one component which can be added to a tour package. Not only will the tourist appreciate the kind of art which the destination offers but it will also give them an insight on the kind of art which the locals appreciate. The Lopez Museum is one place you can bring your tourists to, you will surely leave the museum with renewed pride as a Filipino.

The ongoing exhibition dubbed “Grounded” is a museal collage of contemporary works evolving in its  own interpretations invoking one’s power to reflect, understand, empathize…or feel “Grounded”.

P/Flight,  in fiberglass fully tattooed with rope marks is a lifesize image of a man that is about to fly with fully stretched arms, but  something just seems to bother it. Toym Imao, the artist, alludes this to the Filipino diaspora.  Leaving the country for work having no other choice here and living away from loved ones is an inevitable decision for every Filipino OFW. No matter how promising and enriching will the outcome of these decisions are, there will always be a hurting scar on every Filipino’s heart. The tattoos symbolize the ground maps of airports where more Filipino workers land in search for better opportunities. No matter how they want to stay, hey just have to go because they are grounded.

Eric Zamuco’s installive suspension of  “Not of Water, flesh and blood” is reminiscent of the times when he lived abroad while taking his masters degree, and when he had to adjust to his environment. The piece is a plexi glass art  suspended in the ceiling, each tiled creation expresses that seemingly liquid particle, wanting to fall from within, but it just can’t, because it is grounded.

Josephine Turalba’s “Scandals” is presented in an elevated platform reminiscent of the old wooden floors of our country’s past. As a respect to the host, you have to remove your own shoes and wear what the household requires – the bullet shell sandals. It is reminding one to adjust to the flow of times, do, act, move according to how the situation requires because when one is in a different dominion, one is grounded.

In the rotunda of the museum is another Toym Imao’s creation “Diyos, Choose, Dues”, image of God’s hand reaching out to a human hand, reminiscent of the Sistine Chapel. The difference with that of the Sistine Chapel, this is more Asian, portraying more of an elemental God since the hand comes from the ground instead of from the sky.  An interesting twist is the cootie catcher being held by God’s hands, as if it is a ground opening up for the human to enjoy or to be swallowed in. That hand coming out from the ground is simply grounded.

Another beautiful piece is that of  Pacita Abad’s Recluse, a painted cloth stitched on dyed linen and canvass, with a small tin. It was told that  it was her homage to a suicide of a friend hence she produced a somber piece unlike most of her colorful works. Originally planned to be presented in a vertical position, the choice of putting it in a horizontal fashion eludes the feeling of  monotony, straight, and grounded.

There are much more mind-boggling pieces as the five  galleries, hallways and foyer of the Lopez Museum unfolds “Grounded” from one piece to another of these fifty two creations. The exhibition meticulously combined contemporary art with that of Lunas, Hidalgos, Amorsolos and Sanso arranged in such fashion to achieve that passionate  expression of being “Grounded”.  True  enough it is a museal neurosis.

The exhibit is also punctuated by works of National Artists Jose Joya and Federico Alcuaz, Juan Arellano,Roberto Chabet, Brenda Fajardo, Juvenal Sanso, Nena Saguil, and Pacita Abad.” Grounded” is a simple iconography visualization of layered conversations interpreting notions of rootedness, engagement and mobility in scapes and interventions within and without these referenced sites .

While visiting a museum may not be life-changing, it will somehow be an awakening. The pieces nudge the mind that being “grounded” is simply not being able to do what you want to do. No matter how determined you are as a person, ready to fly, acknowledging freedom, there are situations which you have to succumbed to and accept, simply because some things happen because they are grounded on some facts and some people are grounded to object or interfere.  These are facts of life, the sad thing is, why are some people or situations more grounded than others?

The Lopez Museum and Library is at the G/F Benpres Bldg., Meralco cor. Exchange Rd., Ortigas Center, Pasig City. Museum hours are 8-5pm Mondays through Saturdays except Sundays and holidays. For more information, you may visit their website at http://www.lopez-museum.org.ph. You can also get in touch with them through their Facebook Fanpage and Twitter. Or call 631-2417/ 635-9545 please look for Ms. Ethel / Ms. Fanny.

For a more engaging interpretation of the pieces, hear the Artist Talks: 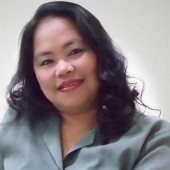 Siteowner of traveltradephilippines.com, tyanggepinoy.com and creativeavenue.net. While she stays passionate about the travel industry, she also pursues a career in blog and social media entrepreneurship.

10 Reasons why you should visit Marinduque this Holy week