The Tourism Promotions Board (TPB) will have a soft launch of an online video contest highlighting the reasons for “loving” to travel to any part of the Philippines.

Open to both Filipino and foreign participants, the contest dubbed “Phil the Love” is expected to provide the various brand definitions to “It’s More Fun in the Philippines” based on the tourists’ own perspectives and experiences.

TPB Chief Operating Officer Cesar Montano said the contest would optimize the country’s online brand presence and visibility, broaden its value proposition, position it as a preferred global destination, and reach and capture a sizable block of the millennial market, both in the Philippines and
abroad.

“The campaign (Phil the Love) will virtually serve as an international and domestic market survey or census involving primary data sources, upon which we can base our future marketing strategies and tactics. It will thus enlighten us on which of our selling points are deemed superior and unique
by various market sectors and segments locally and globally,” Montano explained.

The soft launch will be held at the SMX Convention Center at 5:30p.m. on August 31, the third day of PHITEX where the Phil the Love campaign logo and contest rules will be unveiled to some 250 foreign buyers of travel packages and around 300 local sellers.

“The title of the campaign (Phil the Love) capitalizes on the world-renowned hospitality and loving character of the Filipinos, thus further reinforcing the country’s tourism brand as encapsulated in the buzzword ‘FUN’,” Montano said.

“It (campaign) will be launched right before the foreign buyers troop to various destinations across the archipelago for their post-PHITEX tour, deliberately putting them in the proper mindset as to the best things to love about the Philippines and how they feel the love of the Filipinos,” Montano added.

“The use of video for a marketing campaign maximizes the use of multi-sensory faculties — for sound, sight, feeling, and empathy — to attain top-of- mind recall of our tourism brand by the global market, which is essentially multi-dimensional and multi-cultural in nature and character. At the same time, going online is the cheapest way to go global in our market reach,” Montano claimed. 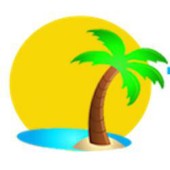 Bus Reservations At Your Fingertips with Iwantseats